I have two dogs. 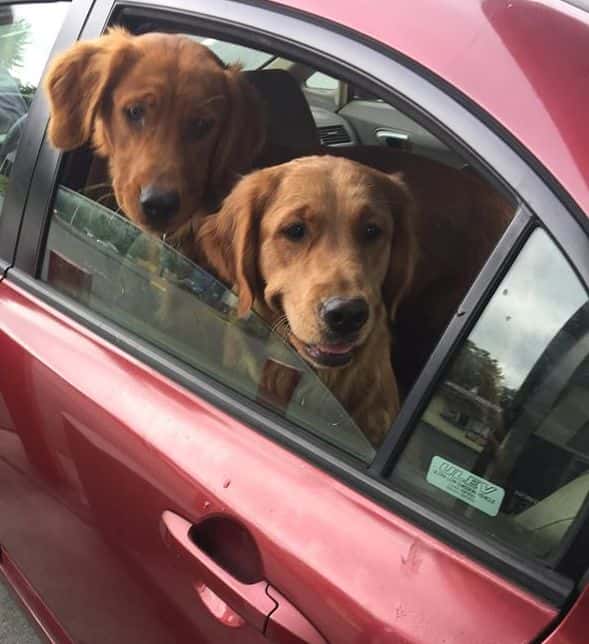 Their names are Ivy and Rexxar; they’re both purebred Golden Retrievers. They’re officially classified by the AKC as “Dark Gold”, which is a golden-brown hue that reminds me of a chocolate chip cookie that’s been left in the oven just a bit too long.

Ivy is two years old (plus some change) at the time of this writing. Rex recently hit the milestone of being in our care for a full year. They’re both young, active dogs that enjoy play-fighting in the backyard and immersing themselves in anything that even looks wet: mud puddles, rivers, more mud puddles.

Each of my dogs has their own personality and characteristics, which I try not to anthropomorphize but it’s hard sometimes. Ivy is a meeker and more fickle dog when it comes to food and strangers, but is ferociously passionate when it comes to things she loves: walks, friends, sleeping on the bed. Rexxar, or Rex for short, is fearless. He’s an “eat first, ask questions later” kind of dog that devours any food put within his tongue’s striking distance. He’ll meet anyone and everyone, saluting them with a violently wagging tail and perked-up ears. Let me tell you a bit more about each dog. 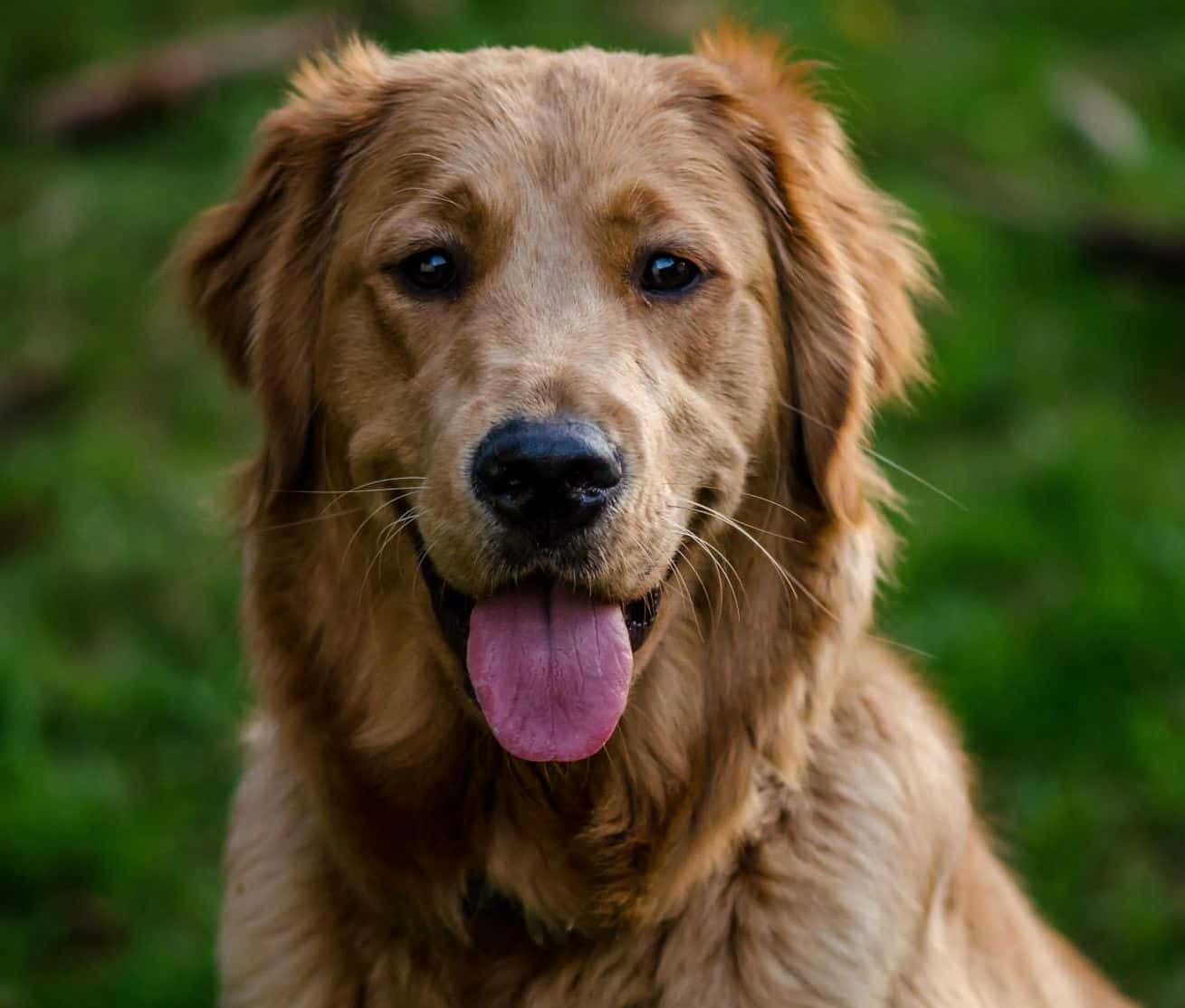 Ivy’s birthday is October 27th, 2013 . She was one of a dozen puppies in her litter. My wife, Mory, wanted a puppy for Christmas. My mom used to be a dog breeder, so I knew I wanted a dog with AKC paperwork. We checked local papers and websites until we found one family with a litter of puppies that would be turning 8 weeks old on Christmas. We drove an hour north to Mt Vernon and met the family. We were swarmed by a dozen unclaimed pups. Ivy seemed to be the most interested in us, as she nipped at our jacket zippers and cuddled up against our legs. They put a marked collar on her, and we waited. When we picked her up on Christmas Eve, we knew she was the one. 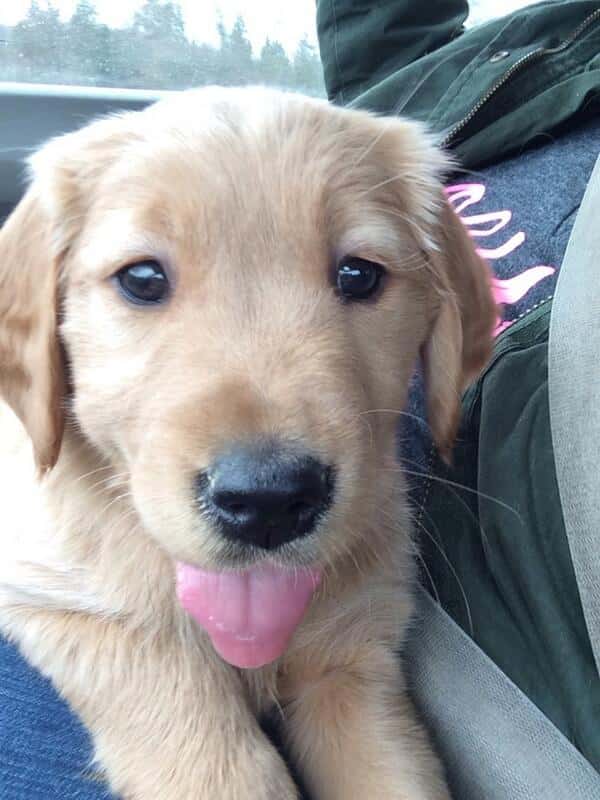 Ivy is a very friendly dog. She’s very gentle, even when playing with children and smaller dogs. She is very careful about where she walks, avoiding metal grates and taking the long way around obstacles. Swimming came naturally for her. A fellow Golden was paddling around in the river at Marymoor Park, and she hopped in to join them. She’s been teaching Rex how to swim lately. She loves to go on walks, and gets amped up if you even move towards the door.

She is a cuddler, and will lay with you on the bed or sit on your lap for hours. She loves belly and ear rubs. 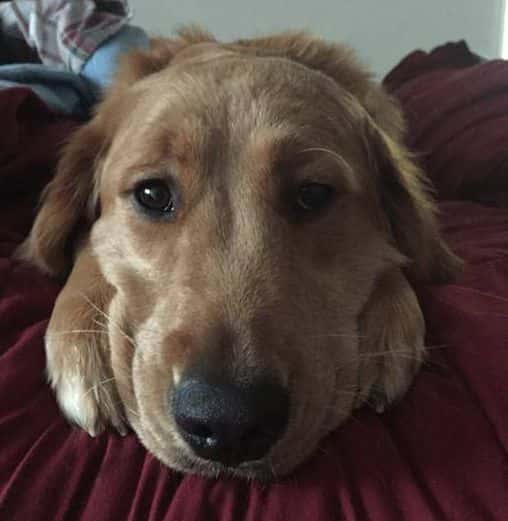 Our favorite thing about Ivy is her crazy tail. It’s huge and fluffly. 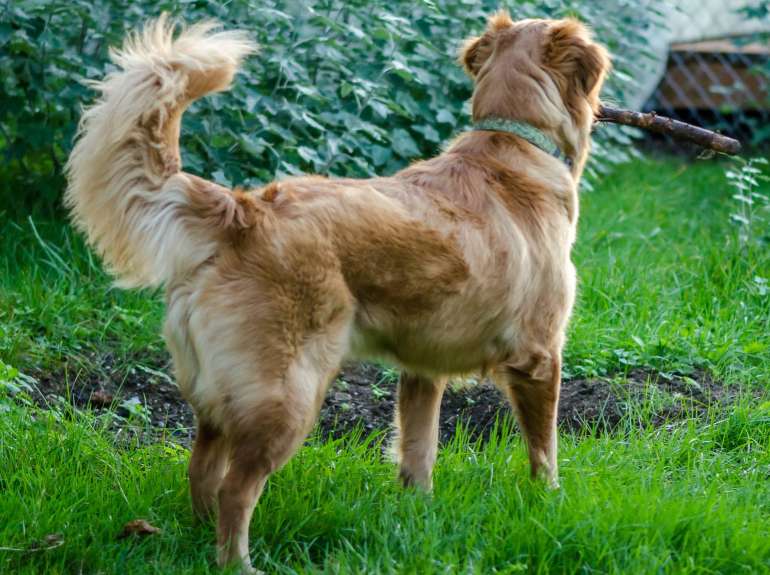 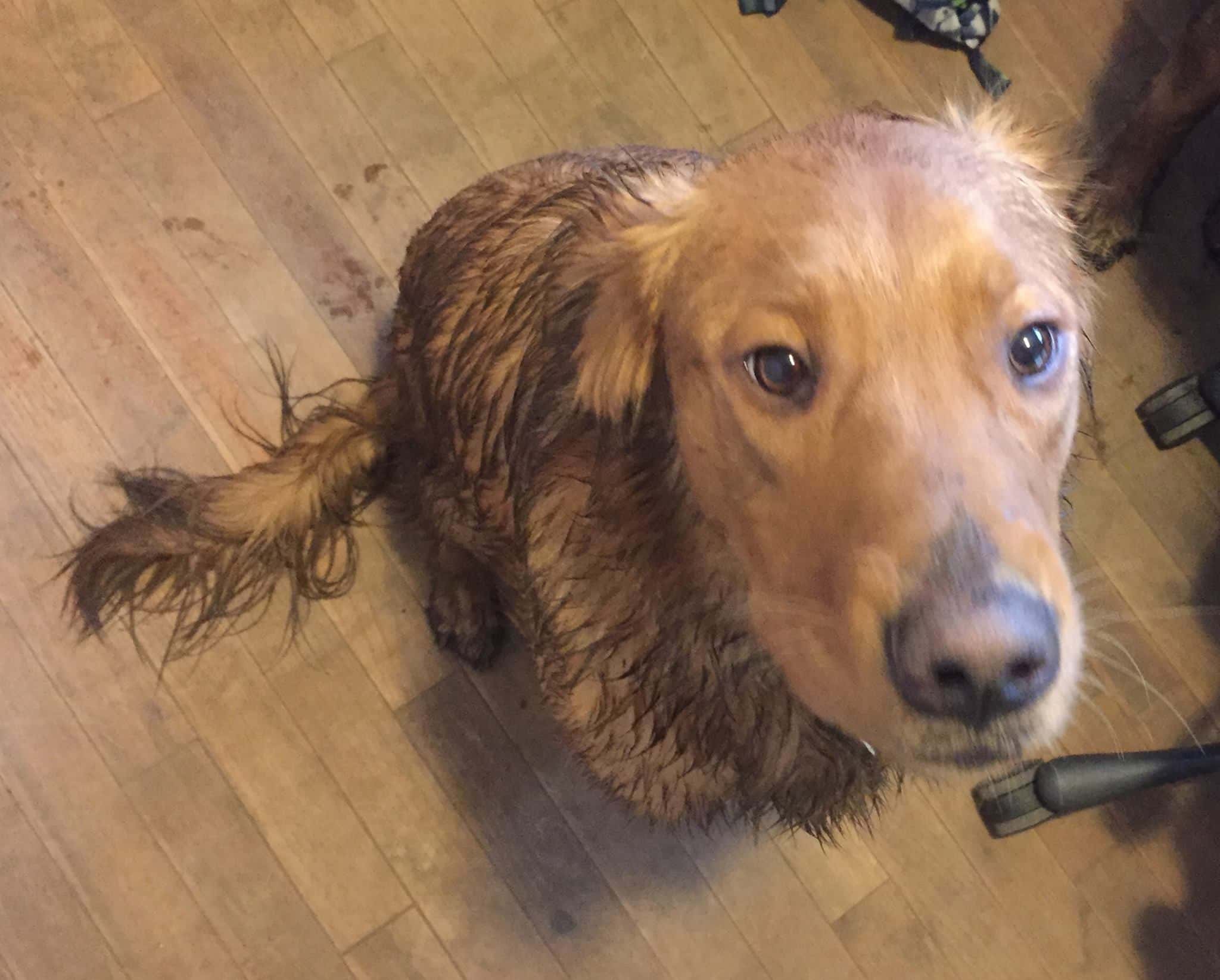 Rex’s birthday is January 2nd, 2015. We wanted to get Ivy a dog companion to keep her company and help her exercise. There was a great breeder in Fall City, and we were on his waitlist for puppies. He called us out of the blue one Saturday. Someone had passed on a dog at the last minute, and he had a male Golden puppy ready to pick up immediately. We hit an ATM and drove out there that afternoon. Rex was digging a hole in the yard as his mom looked on. He was the last puppy of his litter to leave. 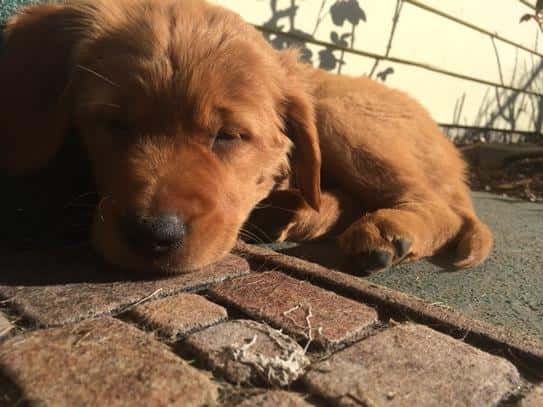 Rex is a fast eater and an even faster learner. Maybe it was due to our practice with Ivy in puppy classes, but Rex picked up tricks at an accelerated rate. He is not as careful as Ivy is. He’ll jump towards things that are too tall or too far away, and is always the first dog to get tangled in his leash. He uses his paws much more than Ivy does. High-fives for you and pawprints on doors.

Rex sticks his muzzle all the way into the water when he drinks. His nose and whiskers get all wet, and then he drips that water all over the place as he walks away. I have no idea why. We should’ve known from the day we met Rex that he would be a digger. If we leave him alone for too long in the yard, he’ll be covered in mud and I’ll have a hole to fill. Mud puddle? He’s in it. 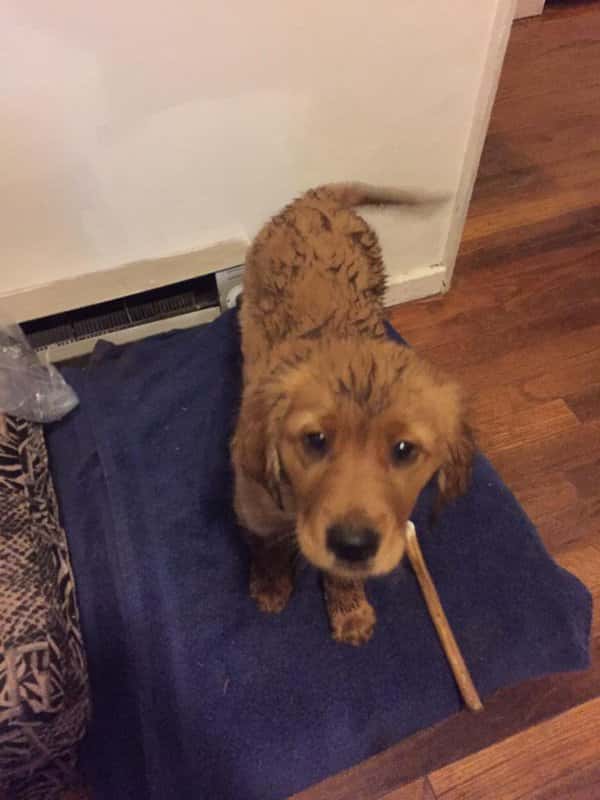 Rex is much more dependent on us than Ivy is. Ivy misses us while we’re gone and is happy when we’re back, but Rex panics and gets destructive when there’s nobody around. We’ve had to work strongly with him on crate training in order to have him calm enough when we want to go out somewhere without him. He has no sense of “personal space”, and will get right up to your face, nose-to-nose, if you let him. The backseat of our Civic has been converted to the Dog Zone™ for a long time. I try to take them with me whenever I can. They both love road trips and sticking their heads out of the windows. Their combo nickname is “Ivysaurus Rex” which is the prehistoric ancestor to all dogs.

Our favorite thing about Rex is a little prance that he does when he’s proud of himself. Whenever he’s returning a thrown ball or just completed a trick, he puffs out his chest and struts his stuff.