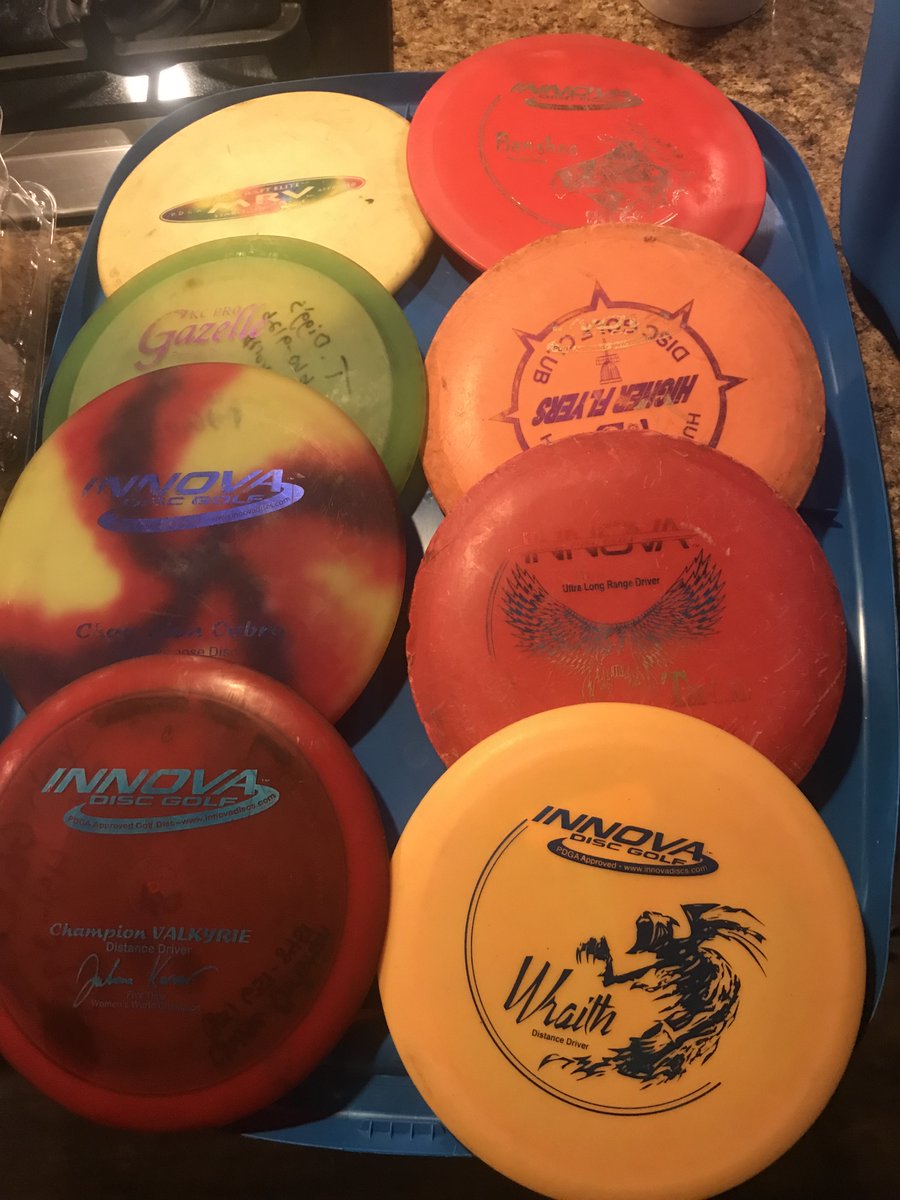 Everyone who plays disc golf will eventually lose one of their discs. A ravine will be too steep, a tree will be too tall, a thicket will be too thorny. Water is another popular resting place of lost discs. It happens. Traditional golfers lose balls too, but discs are more personal and also more expensive. It’s closer to losing a club than losing a ball.

Most disc golfers will write their name and phone number with a Sharpie on the underside of their discs. The hope is that if the disc is ever recovered, the finder will give them a call and they’ll be reunited with their disc. Maybe a disc falls out of a tree after a wind storm, a thicket gets cut back by a maintenance crew, or somebody goes diving to the bottom of the river. We imagine the stroke of fate that would be involved in our disc returning to us! The prodigal disc arrives at our door, hungry and cold, and back to our loving embrace!

Unfortunately, that’s rarely the case. Many discs are truly lost. The few that are found don’t always make it into the hands of someone altruistic. As anyone who has lost a marked disc will tell you, phone calls are rare. You have to learn to “lose” the disc as soon as it’s gone. If you do happen to get a call, and I’ve received a scarce few, it’s pure serendipity.

Here are my rules of found discs:

If you find a disc, you have to call the number. Not once, but twice. Leave voicemails. Wait 24 hours between calls. Texting is also pretty popular nowadays. I think one text and one call would work too. The key is to give the owner a fair shake. One missed call from a random number isn’t enough to act on, but two calls and voicemails is a pattern.

If you make contact with the owner, and they want their disc back, you’re not owed anything. Don’t expect a reward. Don’t ask for a reward. I won’t go out of my way to return a disc. If someone asks for me to drive it by their house on the other side of town, no thanks. If they want to meet at the course it was found at, sure, let’s plan a time. A bar or restaurant near the course works too.

If you’re the owner, and someone contacts you with a found disc, you have two options. If you don’t really care about that disc or have already replaced it, let the finder keep it. If you do care about the disc, for whatever reason (financial, sentinmental, etc), you can ask for it back. Try to find a time and place that’s convenient for the finder, as they’re doing you a favor. I like to offer the finder a gift: a beer (if we’re meeting somewhere with beers), a disc (I’ve always got a few spares or dupes), or a few bucks. Found discs can be an opportunity to meet a fellow disc golfer, and you can make friends if you set up a playthrough to give a found disc a reunion tour.

Let’s say you are unable to get in contact with the owner. My personal rule is that I will never sell a found disc. If I’m going to make it a part of my rotation, I’ll add my number to the bottom of the disc with a Sharpie. Both numbers will be on there, and if I lose the disc, it’s a 50/50 shot that I get a call first. If the owner lets me know they don’t want it anymore, I’ll black out their information and add my own. I don’t like the idea of trying to remove their information with acetone or whatever other chemical. The previous owners of a disc are part of its history.

One final note on losing discs: you’re going to lose discs. While it might seem heroic to strive and climb and crawl to save your disc, it can also be a big inconvenience to others in your party or on the course. If I can see my disc, but it’ll take a while to get to, I’ll try to finish the round with my party and come back on my own time to retrieve it. If I’m just searching for my disc, I will put a maximum time on how long before I’ll decide to move along and keep the round going. Nobody wants to be stuck on hole 6, waiting for you to search every inch of the brambles for your $15 disc.